The Amazon Web Services (AWS) Kosovo Meetup is recognized as the official AWS user group in Kosovo and is organized by Polymath Labs to bring together AWS enthusiasts and practitioners.

Step for the first time through the doors of Dit’ e Nat’ in the heart of Prishtinë, Kosovo looking for a coffee or a cocktail, and you may wonder for a moment if you’re in the right place. Did you accidentally just stumble upon a trendy little bookstore? Well... kind of. Featuring over 1000 literary titles on the shelves and regularly abuzz with live music, film screenings, presentations, readings, and professionals getting an hour or two of work in amidst the hustle and bustle of daily life, the café / bar (which offers some of the finest vegetarian fare in town) can name AWS User Group | Kosovo among the many cultural, intellectual, and professional groups that use the space to bring curious minds together around food, drink, and exciting ideas.

On the heels of an official presentation at the 2019 KosICT conference where he showcased his innovations in Cloud Native Architectures on Amazon Web Services (AWS) for an elite crowd of Information & Communications Technology (ICT) leaders from around the world, Polymath Labs CEO Visar Gashi kept the Cloud Native discussion going at Dit’ e Nat’ with an interactive presentation designed as a follow-up for conference delegates who recognized the potential leaps in efficiency and savings that serverless application development has to offer and wanted to learn more. 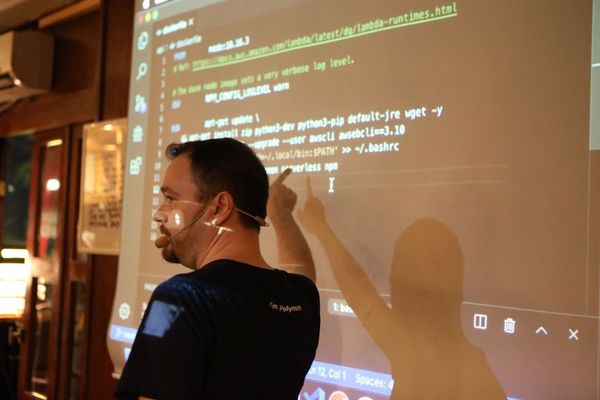 The Amazon Web Services (AWS) Kosovo Meetup is recognized as the official AWS user group in Kosovo and, being open to the public, strives to bring together a passionate group of AWS experts, evangelists, and enthusiasts interested in learning and understanding the value of modern cloud solutions. Visar’s presentation on the work Polymath Labs has done to leverage the AWS managed services using serverless Cloud Native architecture was the group’s inaugural exhibition, featuring a live demonstration and a Q&A after he laid the groundwork for the topic. Once the nuts and bolts of his KosICT presentation on serverless app development were covered, Visar walked the group through a live demo featuring some of the marquee managed services that are easily leveraged with serverless architecture while highlighting the very enticing cost structure attached to each, including:

Visar kept the demo simple yet impactful, he created a sample Hello World function making a single call to a database, and then deployed it. In under two minutes, the serverless framework atuo-generated cloud formation (referred to as Infrastructure as Code or IaC) script spun up the necessary AWS infrastructure, dynamically creating a wide array of resources just by executing a single deploy command. After running a quick operation on the deployed API, he tore the whole thing down. In five minutes, start to finish, he ran a whole application in the cloud, destroyed it without a trace, and paid nothing in the process. 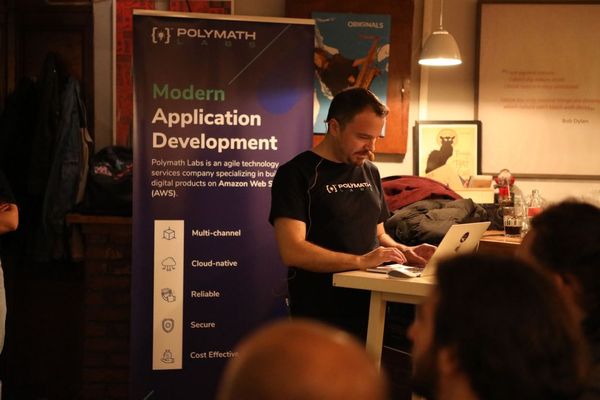 As soon as the demo wrapped, the invigorated congregation of tech buffs launched a barrage of questions on serverless architecture that lasted over an hour. It was an auspicious beginning for the AWS User Group | Kosovo, the first of many relaxed, informative gatherings the group regularly holds at Dit’ e Nat’. If you find yourself in Prishtinë, Kosovo and want to mix it up with fellow Information & Communications Technology (ICT) professionals and enthusiasts, join the meetup group and pull up a chair at our next gathering! 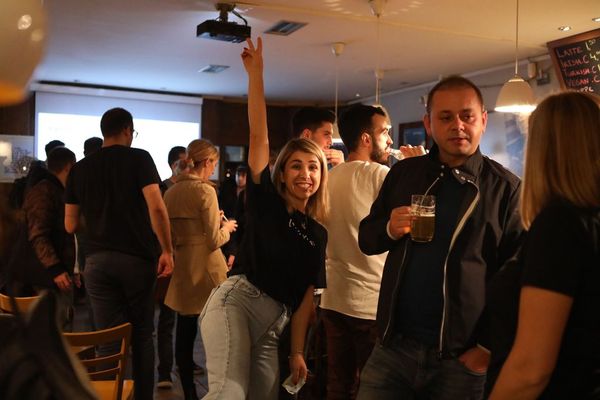